THE MOST STRIKINGLY BEAUTIFUL BROMELIAD OF ALL

THE MOST STRIKINGLY BEAUTIFUL BROMELIAD OF ALL

[/img][align=center]This is it! Nothing compares to this!! Dyckia or any other bromeliad species or hybrid.

This wonder was found in Northeastern Santa Catarina uphills a bit more than a here ago. Colors are perene, stay so year around. Gets even better by day time with the fiercy Sun. Here it is under heavy rain and at night.
Have you already seem anything like this? Have you dreamed about something like this?
Brazilian wilderness holds many folds more species than you might wonder and it is described the lazyand confused confusing science.
This plant will be described under the name of gloriosa...Dyckia gloriosa.It is a rubra form of a deep green species from the cold lands of Santa Catarina Northeast in Southern Brazil. Seeds have been produced and they germinate fine. Some seedlings show early signs of reddning as soon as the third leaflet emerge.. 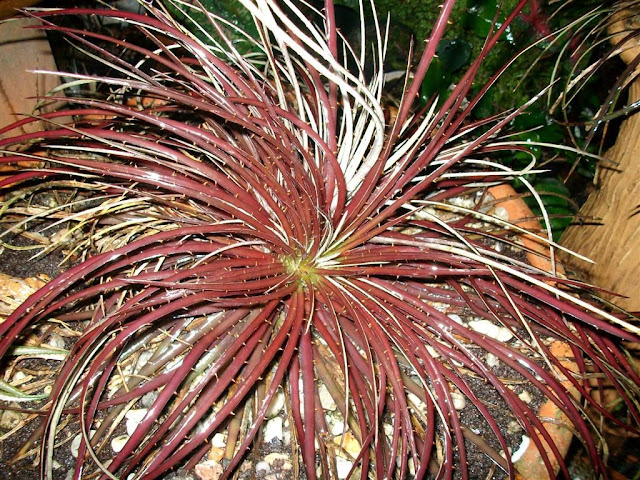 [align=center] I just can´t get tired of it. I am used to many,many diferent species of Dyckias. I grew up amid Dyckias and thousnands of other bromediads.
I am used to them. They grow everywhere here, on the roofs of the houses, hanging from the eletric and telephonic wires and walls. It is virtually impossible not to see bromeliads all around unless you are way far from the coast in the Atlantic Ocean. They are here year around all the time so I am truly used to them. Joinville the City I live in is known as The City of the Flowers. We have flowers and plants and trees literraly everywhere even inside our houses and everywhere all around always green and fine and growing.
I can state with a very high degree of sureness: THIS IS THE MOST STRIKING BROMELIAD I HAVE SEEN UP TO NOW! Species or not, live and alive or in paintings or in pictures only nothing compares to this!
This is a truly gem of the rocks, Brazilian rocks.
..and there is another point: this is a Dyckia! It won´t melt just after blooming! It will bloom forever and ever celebrating live with color and life itself. Dyckias are forever plants and this one here is a diamond, a living blood red diamond. Forever! 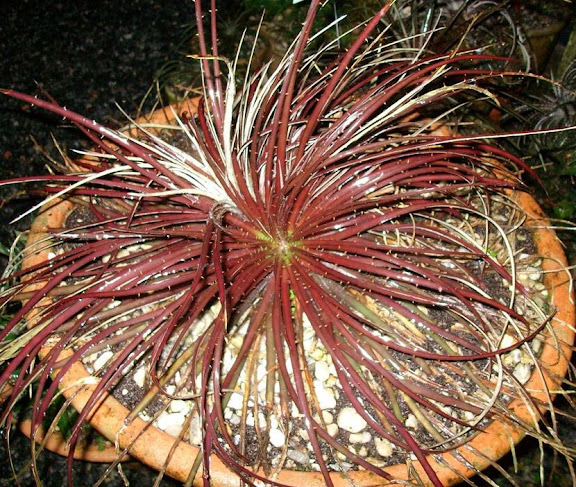